Mr. Patel found a job in the branch of a major company in Pennsylvania, USA. Therefore, the Patel family moved to the small city of Allentown in this state.  The Patel family consisted of the couple with a an older daughter and a 4 year old son.  They found a nice small house on a cul de sac (dead end street) called Dryden street.  There were only 7 houses on this cul de sac. As a result,  there was only a nominal car traffic. It was cars of the neighbors and people visiting them.  It was a friendly atmosphere and the real estate agent told them that the street residents had three parties a year – one indoor gathering around Christmas and two outdoor parties in the summer.  So all the neighbors knew each other.  Here is an aerial view of Dryden street cul de sac with the seven houses on it.

The Patel daughter Deepika went to a primary school nearby.   The smart four year old Chunnu Patel just started his junior kindergarten in the same school as his sister.  Emily Smith, a four year old girl was in the same school and same class as Chunnu.  She also lived on Dryden street next door to him.  The two became very good friends.  On  most days they played together after school.

Emily was just chatting with Chunnu when she told him that she knew everyone on this street. Chunnu:  How many people live on Dryden ?

Emily: I don’t know how to count that high or add but I know everyone.

Chunnu:  You know we just moved in.  I don’t know all the people who live here.  Tell you what, you tell me about the people in each house and I will teach you how to count.

Emily: Okay. The corner house belongs to the Merkel family.  Mr. and Mrs.  Merkel have three children – one girl and two boys.

Chunnu: You count the two parents and then add the three children on your fingers, and keep counting to add.  So that is 5 persons in the first house,

Emily:  The next house belongs to the Johnsons.  They also have three children.  Like you said the three children and their mom and dad makes it 5 persons in this house. 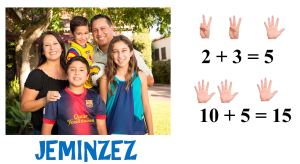 Emily: Next house belongs to the Jeminzez family which also has 5 people.  So I guess you would say that I should count 5 more numbers 11,12,13, 14 and 15 to say that there are 15 people in the three houses.

Chunnu: The next house is ours with four members and that would make 4 plus 23 which is 27 people in the six houses.

Emily: The last house is the Rollo family.  There are Mr, and Mrs. Rollo, 3 children and Mr Rollos mom and dad.  Let me count, so that is 7 persons in the Rollo house.

Chunnu: If I add 7 to 27 by counting 7 fingers, it comes to 34 persons living on Dryden.  That’s a lot of people.  Will they all come to the street party next week ?

Emily:  I think so.  There may be even more.  Last year, my mom invited her brother, his wife and their daughter to the party.  I don’t know how many more people will come but it will be a lot of fun. You will meet them all. I think we should get to know all the kids our own age and  maybe we can play soccer together on Dryden.

Count the number of people who live in 5 houses on your street.

Chunnu and Emily found that one of the families had brought a box of chocolate bars.  They counted that there were 5 Oh Henry bars and 5 Reese chocolates. How many chocolates would 5 + 5 be?

So how many bars were there in the box in total, Figure it our or look at the box for the answer. 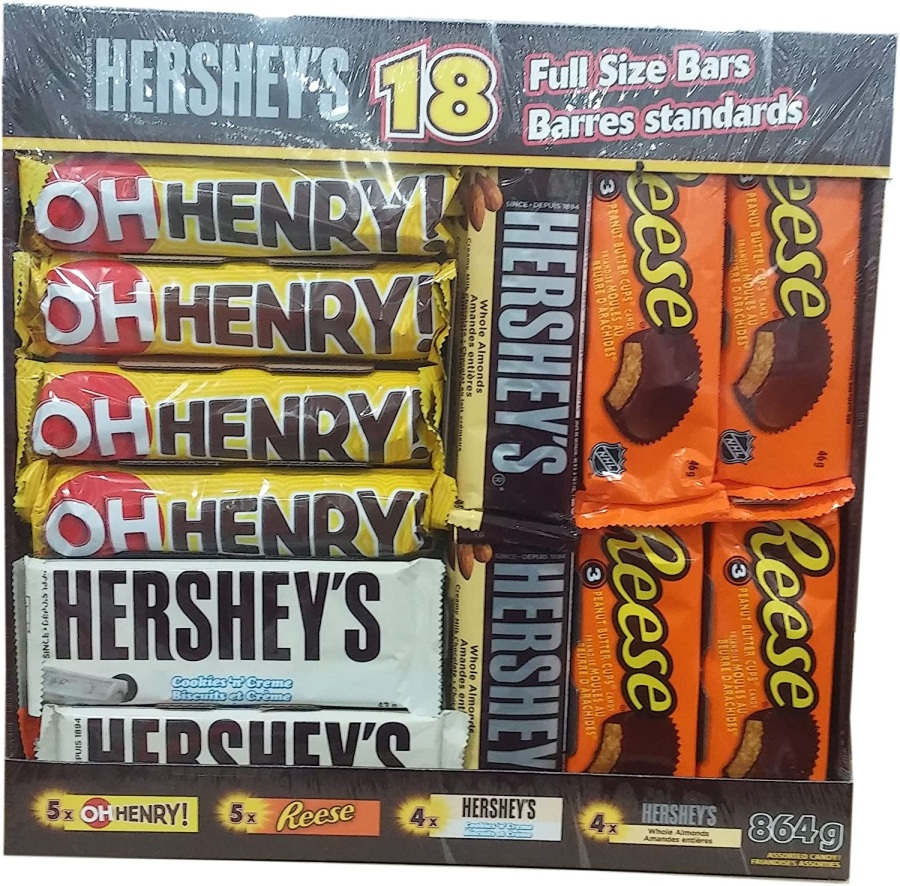